Paving the Road to Paradise

An Event-Driven Opportunity for Investors 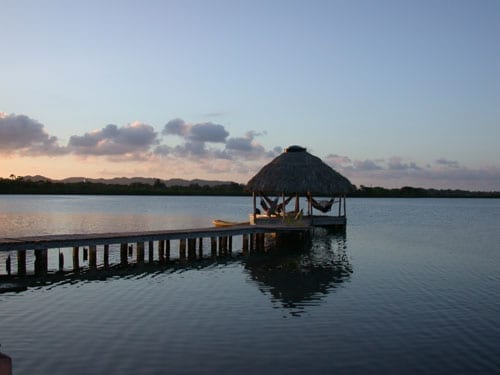 The sun descends behind the lush foothills of the Mayan Mountains to the west, outlining them in relief against the brilliant tropical sunset reflecting on the calm water of this vast seaside lagoon. From the east, a few fluffy clouds chase each other in from the Caribbean Sea, against an impossibly blue sky. Two evenings stars emerge as prelude to the upcoming drama of tonight’s Milky Way.

No boats disturb the smooth water. No airplanes cross the sky. No vehicles are heard anywhere. Herons fly home for the night as their nightbird replacements call across the water. Howler monkeys grunt in distant treetop jungle. The tide is coming in, and with it a cruising tarpon swirls under overhanging branches.

After dark I sit on the dock watching the big dipper slowly turn. A faint glow on the northern horizon indicates the closest civilization, Belize City. It is only twenty-three miles away as the heron flies, but it might as well be on another planet. In the full dark, the vast Milky Way reaches across the sky, from sea to mountains. 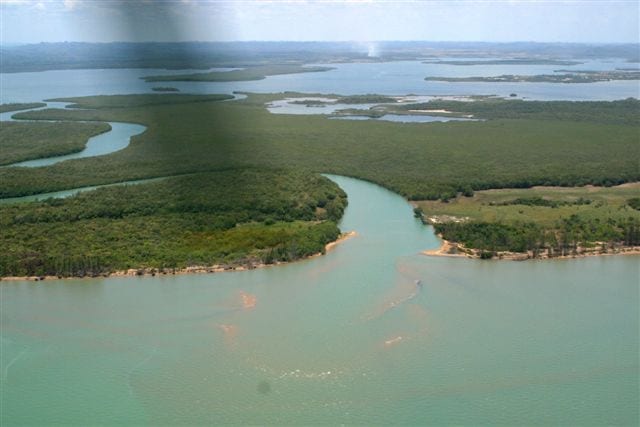 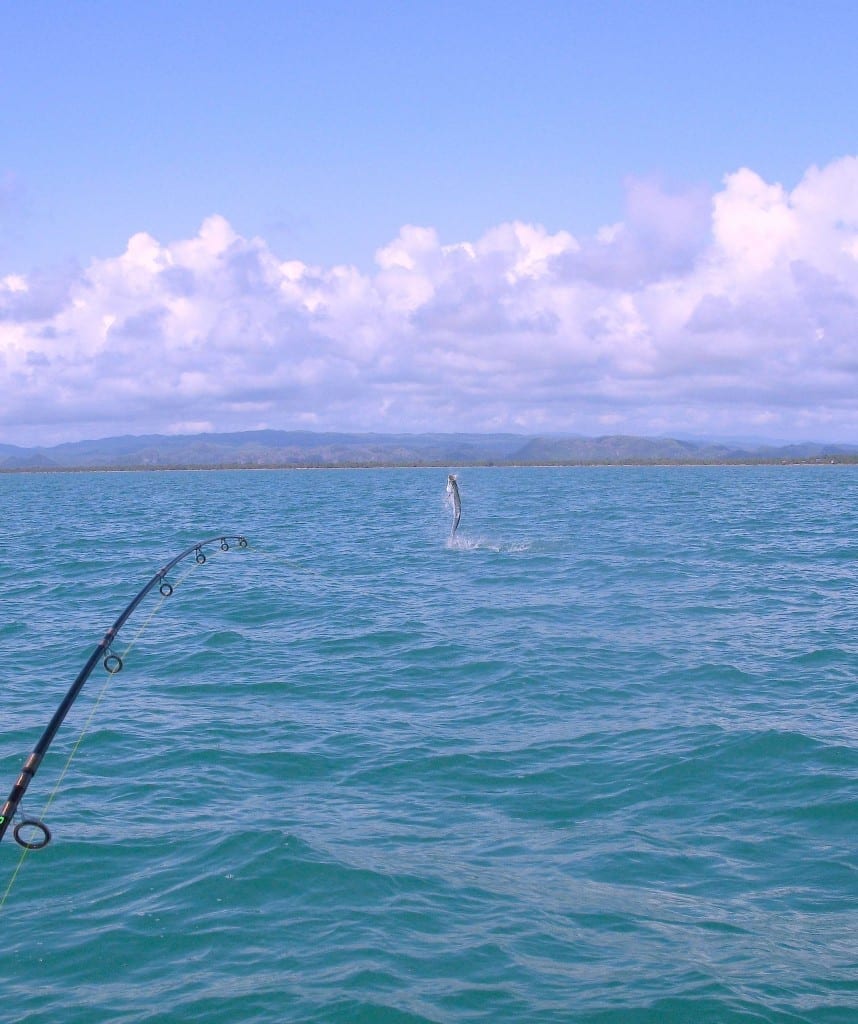 We are here, quiet and secure. Smells of supper waft down from the kitchen. Our boat is docked right here, in this pristine estuary – an IUCN Category IV Wildlife Sanctuary. Its nearby beaches are the most important Hawksbill Turtle nesting grounds in the western Caribbean. Fed by seven pure jungle rivers, its surrounding mountains and forest support a primordial ecosystem that has nurtured flora and fauna in wild natural abundance for eons. All five varieties of Central America’s ‘big cats’ thrive here. And Tapir and Peccary. The largest and the smallest species of the world’s Kingfishers skim the creek surface. Jabiru storks and Aracari. Yellow-bill Parrots, hummingbirds, brilliant jungle birds. Tiny melodious frogs of yet-undetermined Linnaean classification sing in the dark. Exotic bromeliads and wild orchids festoon the cliffs and savanna. 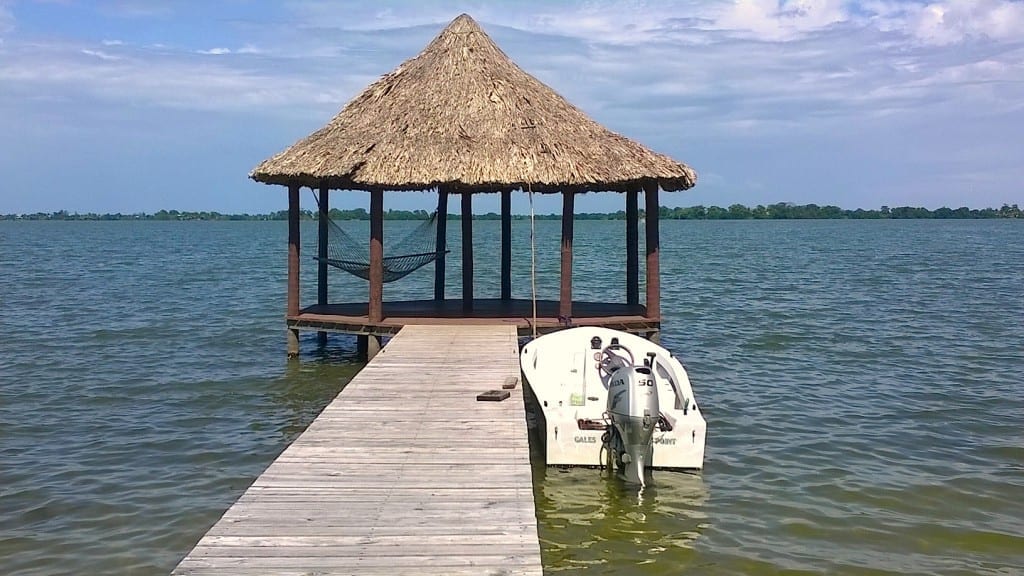 Until the early 1990’s the only way to reach this area was by boat, horse, or rough tractor path. The unpaved “Coastal Road” was then built so local citrus farms could export crops, and isolated Gales Point Village would finally have a road in from the outside world. Bridges were built by US and British Army crews, which occasionally wash away in floods. Some maps designate this road as the Coastal “Highway”.  The word “highway” belies its true nature. Although it is a significant shortcut to the southern half of the country, this rough gravel road is suitable only for four-wheel-drive vehicles and trucks. Flat tires abound. Bus lines don’t come here. Car rental companies forbid their vehicles to travel this beautiful road through the dramatic karst hills. Seasonal floods maroon residents at home for days.

For those who do live here, it is the epic quietude; miles of untouched Caribbean beaches; the lush farmland; the exotic mountain vistas; the nearby MesoAmerican Barrier Reef; and the verdant mountain forests that draw us here. Jaguars and ocelots occasionally eat our watchdogs, but they were here first. 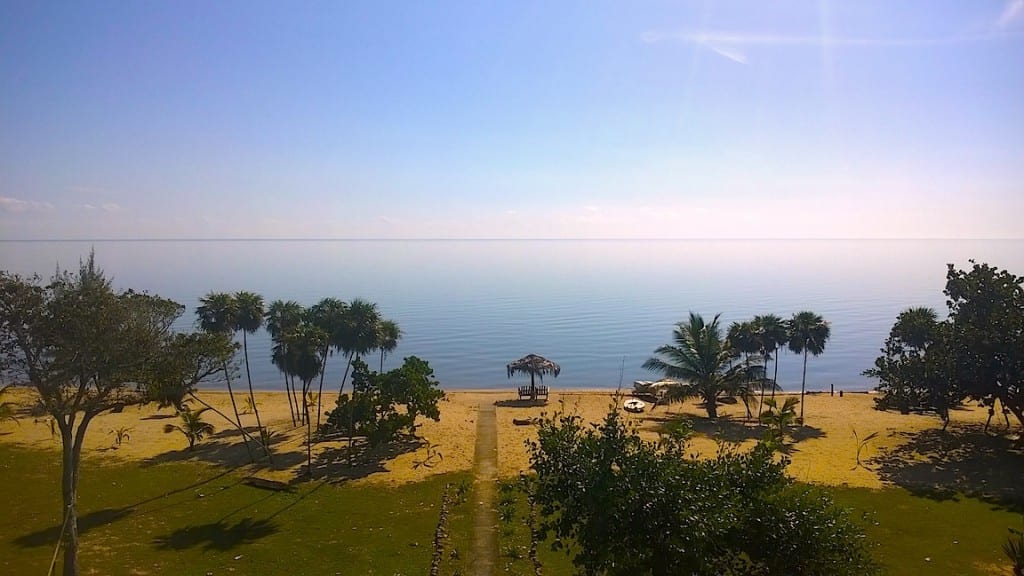 Paving the Road To Paradise

This is changing now. In his September 21, 2016 Independence Day address, Belize’s Prime Minister Dean Barrow announced an ambitious project financed by a £40.million U.K. grant – to pave, re-align and bridge Belize’s Coastal Highway. It is, after all, the last unpaved section of the Caribbean-side Pan American Highway between Texas and Honduras’ “mosquito coast”. The IMF and the World Bank want it paved. And it makes sense. The country’s power grid already accompanies this Coastal Highway. It is a flat, 36-mile coastal shortcut, greatly shortening the current 90+ mile mountainous journey along paved roads. Progress is coming. Employment and, hopefully, an actual economy will finally reach Gales Point Village, a subsistence Creolle fishing village on a narrow peninsula. In this village, the country’s only public elementary school without internet access or land-line telephone service will be brought into the 21st century.

Work is now underway. One major bridge is now complete. The project is divided into 3 sections, and bids are in on all three. Engineering and surveys are complete. Actual paving work will begin in January (2020) on all 3 sections simultaneously. Paving is specified to be completed by the end of 2022.

This bridge is now completed. Completion of the Coastal Highway paving & bridging project is set for 2022.

What will development bring to a beautiful, wild, undeveloped area? Can it be managed and controlled? 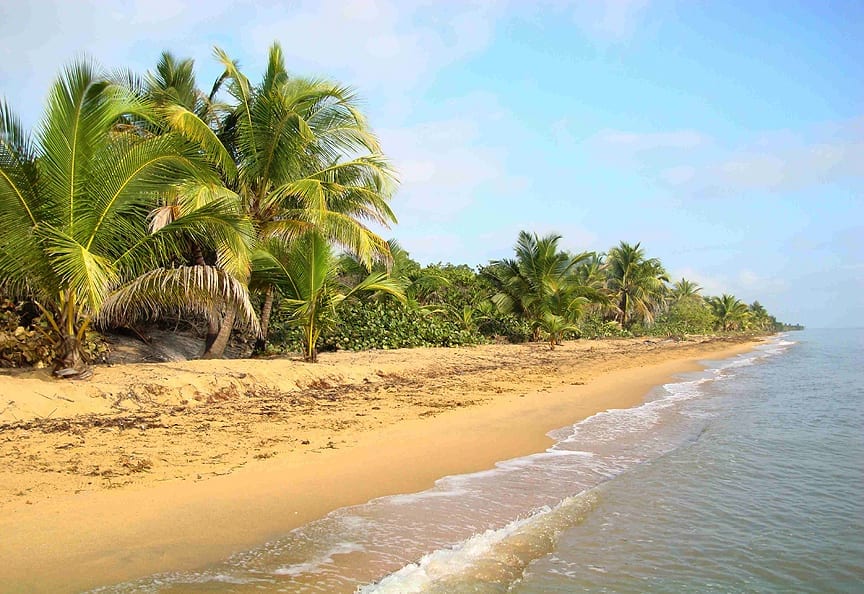 The official IUCN designation of “Category IV Wildlife Sanctuary” to the Gales Point Wildlife Sanctuary could help. This huge estuary system is untouched by pollution. No farms nor industries effect the pristine jungle rivers flowing from the Mayan Mountains toward the sea. Assays have been done on several creeks, and they prove potable. The water nurtures the seagrass, which feeds the manatees. Ocean gamefish can be caught far up these jungle rivers and streams. “Category IV’ is the same designation given to the Galápagos Archipelago.  But here the only authority monitoring this sanctuary is a small, local NGO with one single staff person. However, if the IUCN’s rules and guidelines are respected, the value of this priceless watershed can be maintained for future generations. This is a classic, ancient, estuary system feeding the coral reefs offshore and maintaining an ecological balance in the region rarely encountered on earth these days.

Where the estuary system flows into the sea is where Belize’s Maya Mountains and their dramatic karst foothills come closest to the sea. It is also where the Coastal Highway comes closest to the sea, then glides south to intersect with the Hummingbird Highway near Dangriga. Because this road is unpaved, development has bypassed this magnificent coastal region, even though it is relatively close to the international airport. Currently, there is virtually no development along the 36-mile stretch of level road. It is surrounded by a hundred-thousand hectares of wild, national jungle & savanna. Since the local rainfall is ideal for farming two crops yearly, and the soil is fertile, there are large fruit & citrus farms, and a number of private, off-grid “safe-haven” estates. 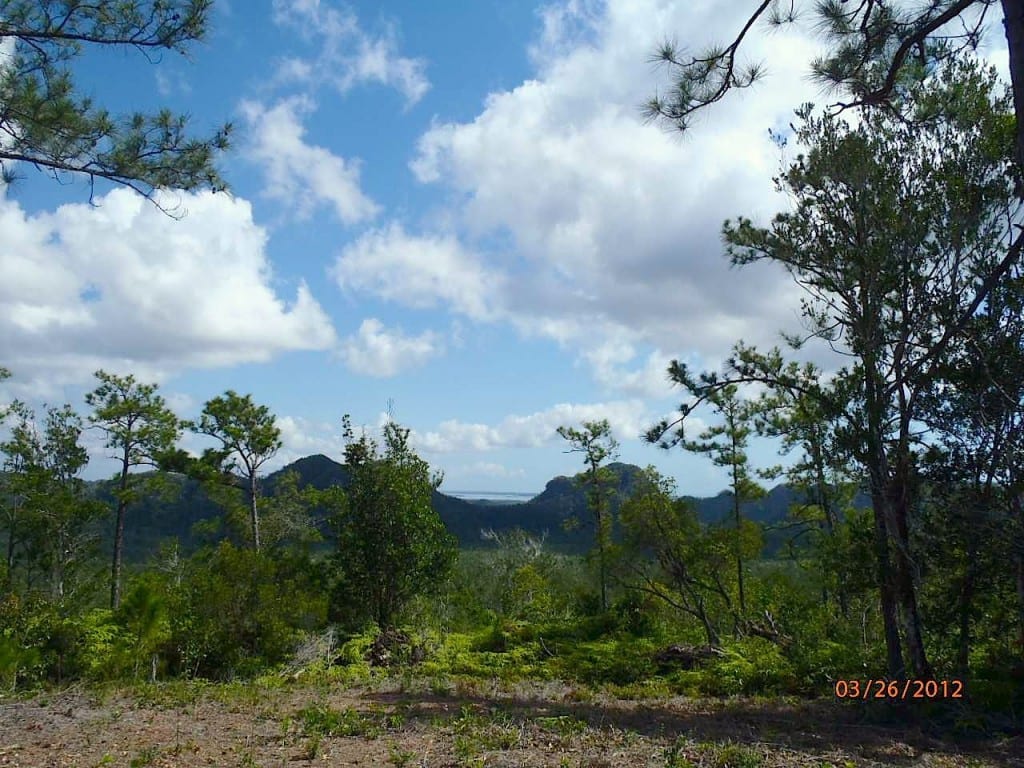 The properties in this area tend to be large, so high-density development is not likely, at least in the near future. One significant property holding is more than 22 square miles, encompassing three miles of Caribbean beach, a thousand acres a fruit groves, high-canopy mountain rainforest, ocean-access canals, and the only private, paved airstrip in this part of the country. 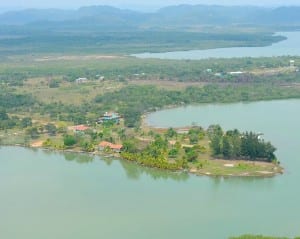 Within the Southern Lagoon itself is a subsistence-level fishing village, Gales Point Village. It was established by runaway slaves in the late 1700s, and because of its remote, defensible location on a 2-1/2 mile-long peninsula, it has not changed much over the years. This picturesque village is home to an Afro-Caribbean drumming heritage extending way back to mother Africa. 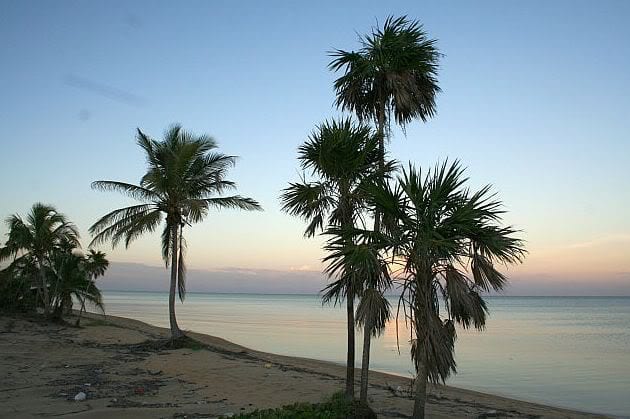 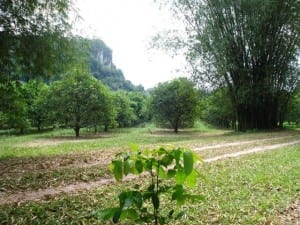 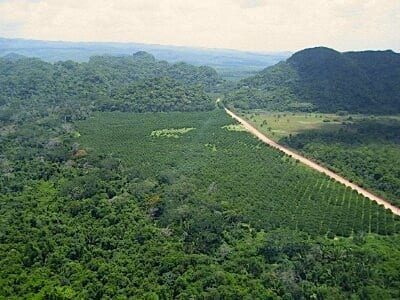 New Shipping Port
The Belize government announced plans to re-vitalize a deep-water shipping port in nearby Dangriga. This is good news for local and regional farmers, who will benefit from its close proximity and from lucrative foreign trade arrangements. Belize exports much more food than it consumes, and this is growing with improved infrastructure. The port is being rebuilt in a natural deep-water location, where an historic port had been, so there is no need for dredging. Dredging degrades the surrounding coral reef. The location and timing are a wise choice for Belize.

Property Values
In this part of the world, people use land to protect their wealth. And this is a very good place to do so. The Good Lord is not creating any new waterfront land, so these properties not only hold their value but continue to appreciate, inexorably, year after year. During the 2009 financial crises the effected much of the world, this land continued to appreciate. Foreigners invested here rather than suffer the vagaries of the stock market. An American REIT had the foresight to invest in Coastal Highway land in 2005, and in 2009 they sold some of it at a nice profit, covering their losses back home. Where else can one find resort-quality beaches adjacent to profitable agriculture land?

In this English-speaking, democratic, British Commonwealth country, freehold title can be owned by foreigners, and are commonly backed by title guarantee from US-based title companies. IMF economic growth projections for 2017 list Belize ahead of the USA, Mexico, Netherlands, Taiwan, and Japan (Bloomberg Business Journal 10/24/16). This steady growth is due to a strong agricultural sector vying with a vigorous tourism industry to be the country’s number-one producer.

What Next?
It is likely that investors will view this as an “event-driven opportunity” in a strategic and significant western Caribbean location. Property values will increase. Resorts will be built. Education for the local villagers and farmers will improve. A local economy will be nurtured. Seaside communities will be created.

Can it be done in an intelligent, sustainable manner ~
respectful of the local culture
and protecting the rare ecosystems that thrive here now? 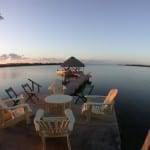 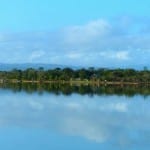 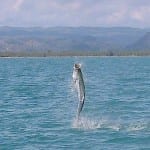 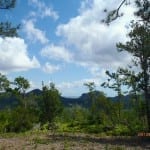 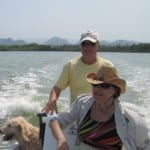 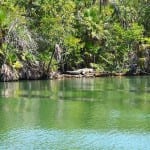 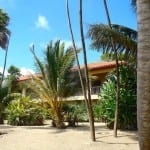 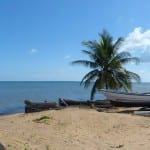 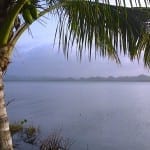